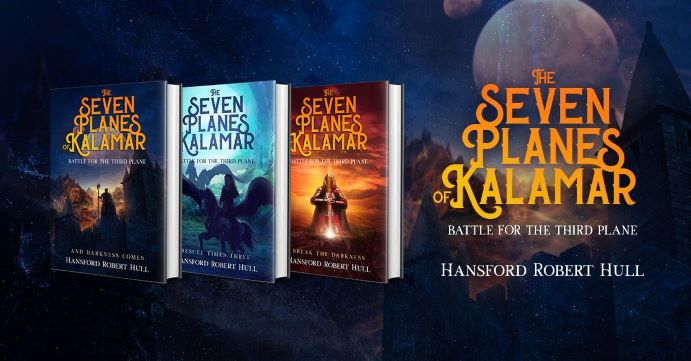 The Seven Planes of Kalamar, Battle for the Third Plane

Never before has Kalamar known such despair. Their only hope for salvation lies in the hands of The Chosen – young Benjamin and Kay-Lee. Before they can save Kalamar, however, they will have to survive into adulthood.

After you’ve finished reading, please take a moment to leave a review for others to read.

Darkness sweeps the Third Plane. Hope seems lost. As rescue missions are mounted and the battle to bring Light back to Kalamar rages on, an even darker power than the Evil Lord Zorleg lurks in the shadows.

A Great Evil lurks over the horizon in Kalamar. So, too, does a great Good. Benjamin and Kay-Lee, The Chosen, may finally be ready to fulfill their destinies and save Kalamar from Darkness. 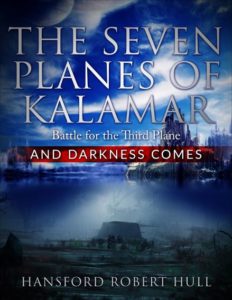 *Cover displayed is only a concept

Darkness has fallen over the third plane of Kalamar, and the evil Lord Zorleg has seized control of everything – food, armies, townships – all falling to chaos after he blots out Kalamar’s suns.

From their hiding places must emerge The Chosen – valiant young Benjamin, and brilliant, kind Kay-Lee. They have been hidden in time, on another world, by The Guardian, whose sole purpose is to ensure balance and order in the universe. Though quietly rooting for the young heroes, the Guardian cannot interfere in mortal matters and must allow events to play out as foretold.

After surviving several assassination attempts by Zorleg’s minions, Benny – known in Kalamar as Benjamin – must return to the third plane to battle evil and restore balance and light to Kalamar. But this is easier said than done. The Planes are crawling with Zorleg’s Elite Guard, and surviving their repeated assaults proves to be a tougher challenge than Benjamin expected.

To make matters worse, as he sleeps the witch Nafari has been sent to plant the seed of terror and doubt in his mind. With a healing touch, Benjamin returns Nafari to her true form, freeing her from Zorleg’s grasp. Though this is great news for Nafari, it’s another testament to how deep Zorleg’s rot has seeped. Gone are the birds, the fish, even the majestic pegasi and unicorns of Kalamar. Left only are a few of their legacy – the Krazac – hidden away in a secret garden with only a young girl, Rose, to guard them.

In his desperation to seize further control and grow his wicked power, Zorleg finds and kidnaps Kay-Lee. The Seer is devastated, for in all his millennia watching over Kalamar, he has never been wrong before.

And Darkness Comes closes with Kay-Lee imprisoned and Benjamin on his way to fight the good fight in Kalamar.